Soldier is a London-based artist and skateboarder made recognized by his camouflage paintings. In the 90s and early 2000s, a young Soldier turned to the hip hop scene for sartorial guidance and found comfort and ease in camouflage cargos. The Nigerian military stopped him in blatant disapproval and forced him to strip in the street. As rattling as this was, the experience would one day find its purpose when Soldier began to experiment with his art. Today, Soldier has partnered with True Religion to hand paint a bold uniform for the streets—reimagining his print on an assortment of apparel to be adopted by those who choose to propel the message of unity and peace throughout the streetwear community. 100% of proceeds donated to War Child. 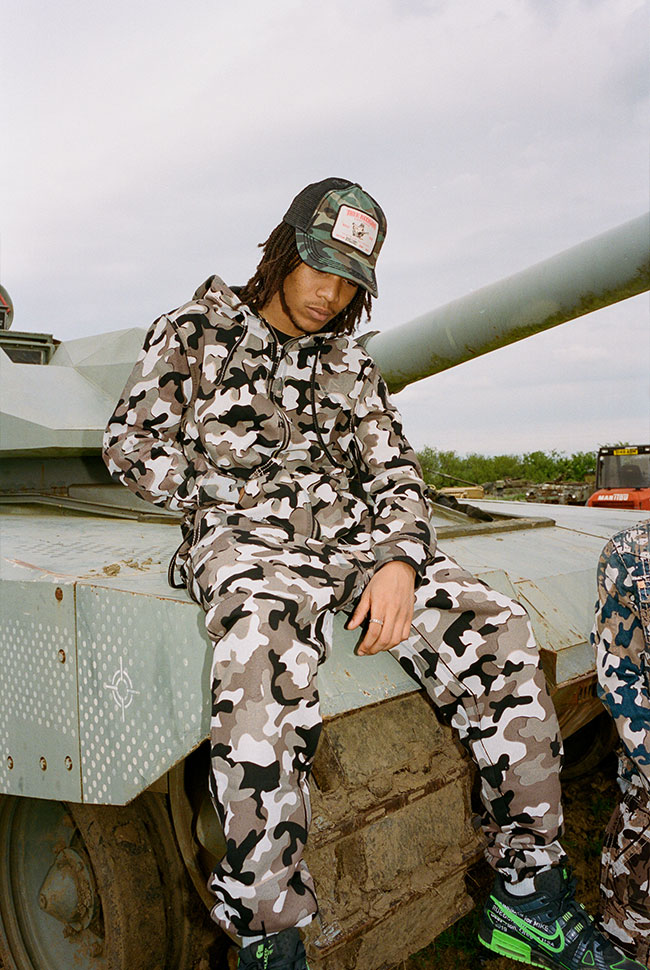 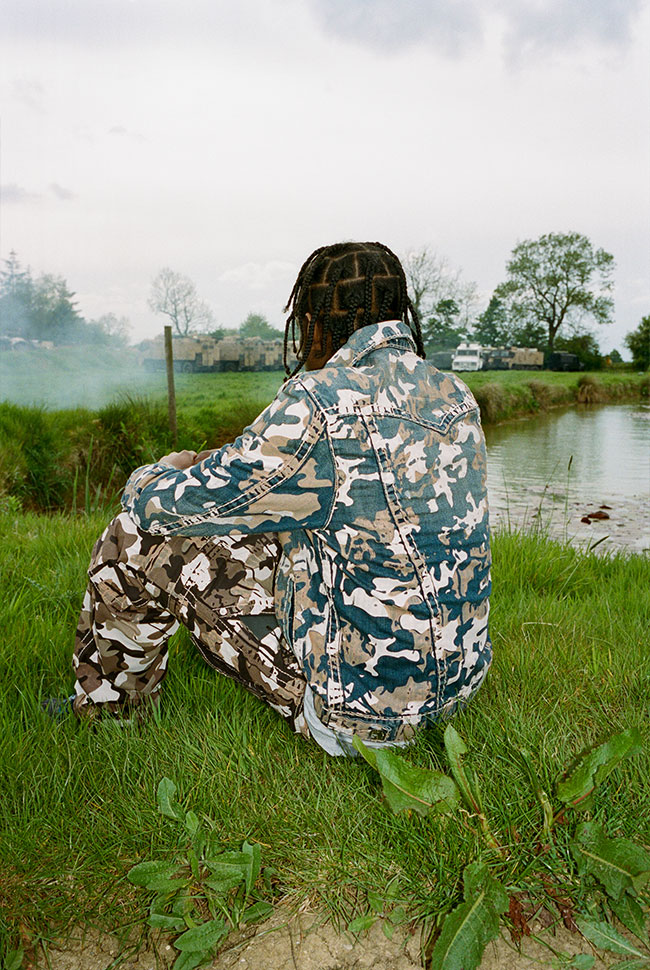 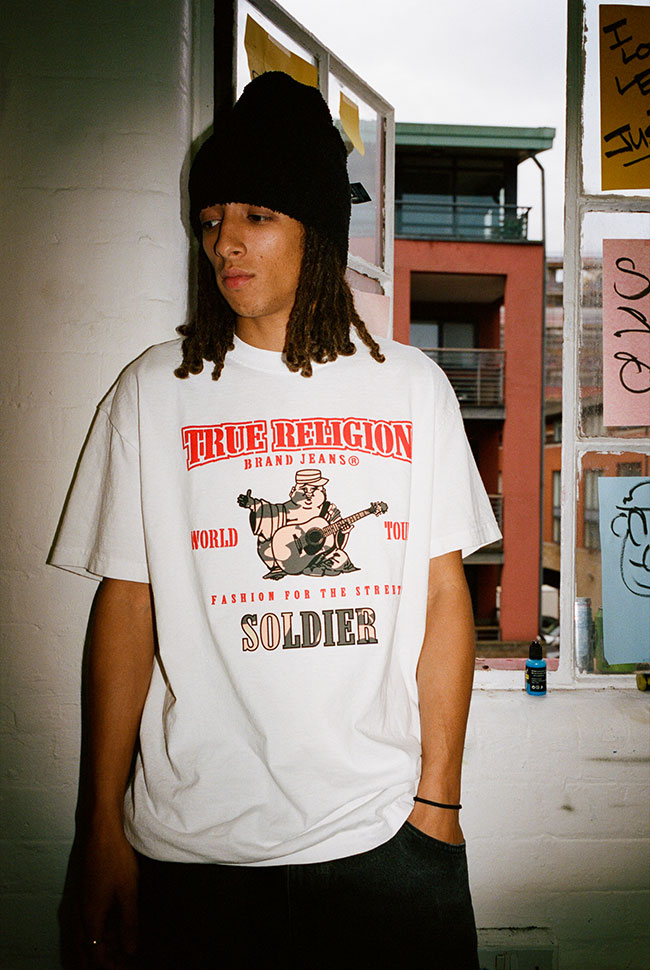 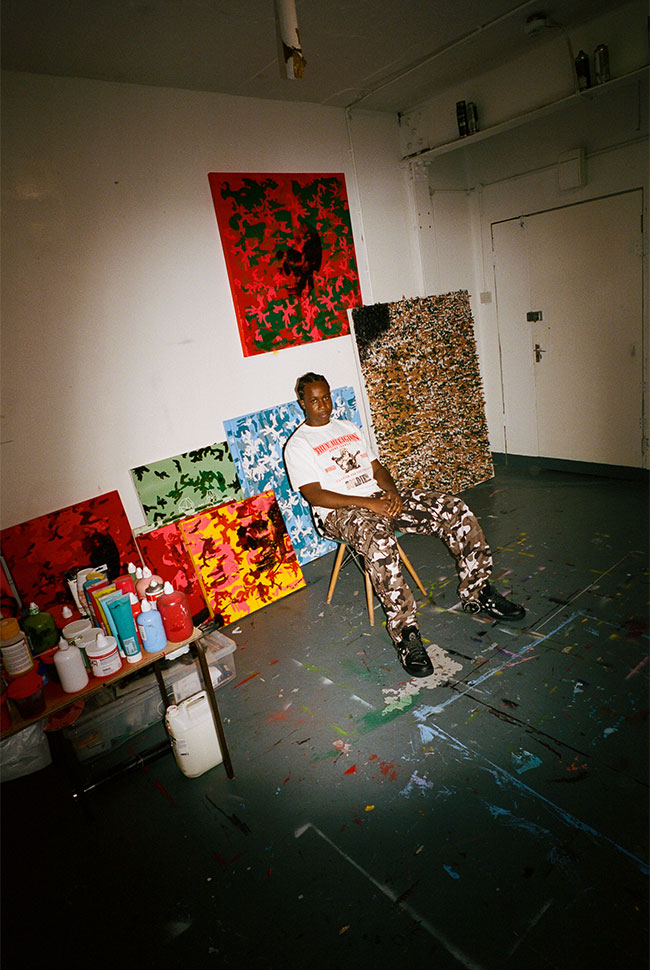